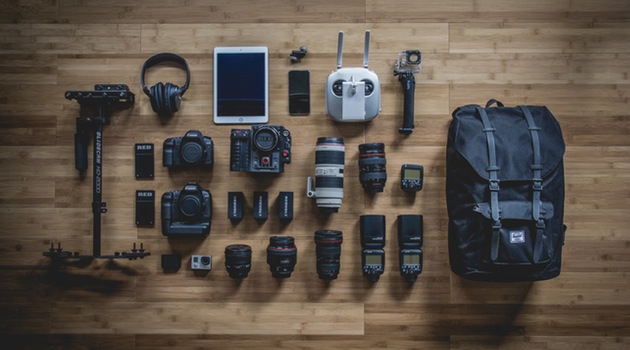 Sensors used for CCTV cameras play a vital role in security industry, widely available in market for any application are compared on basis of several parameters. And the sensor used for CCTV cameras is the major factor for the comparison. CCD or CMOS whatever. Functions of all sensors are same, they act as transducers to convert light into electronics, simply electrons generated are directly proportional to the light energy but the technical difference exists in architecture & performance.

CCD means Charge Coupled Device, actually consists of the range of capacitors that accumulate the charge directly proportionate with the light energy.  The light energy that falls on the pixels are transferred form one node to other same like a shift register; the electric energy generated is exactly proportionate to the light. Since more circuity is needed in the system architecture for production, it becomes expensive to produce the CCD sensors despite having the advantages like

In CCD sensors; the conversion takes place inside the chips, hence the distortion free images are produced with high uniformity for High Definition images.  The sensitivity of CCD sensors enables them to produce the better noise free images at low lux with the negligible grains in the images. CCD sensors are interlaced & consume more power, followed by the production of less pixel rates for the videos that limits the production of high definition videos.

CMOS means Complementary Metal Oxide Semiconductor; every pixel contains conversion electronics & has extra integration possibilities. Everything is built in a chip, that reduces the cost but the noise gets increased.  CMOS Sensors consume less power & are cheaper, capable of producing the high definition videos with clear images as well. But the grainy images are sometimes produced due to susceptibility to the noises & need extra light for the production of better images.

Finally, concluded none is the winner as advantages & disadvantages of these sensors are opposite to each other.

For product & projects inquiry , as well regarding the CCTV camera sensors & Video Surveillance etc, CCTV Cameras , Security systems & solutions , please do not hesitate in sending the inquiries at info@cctvinstitute.co.uk